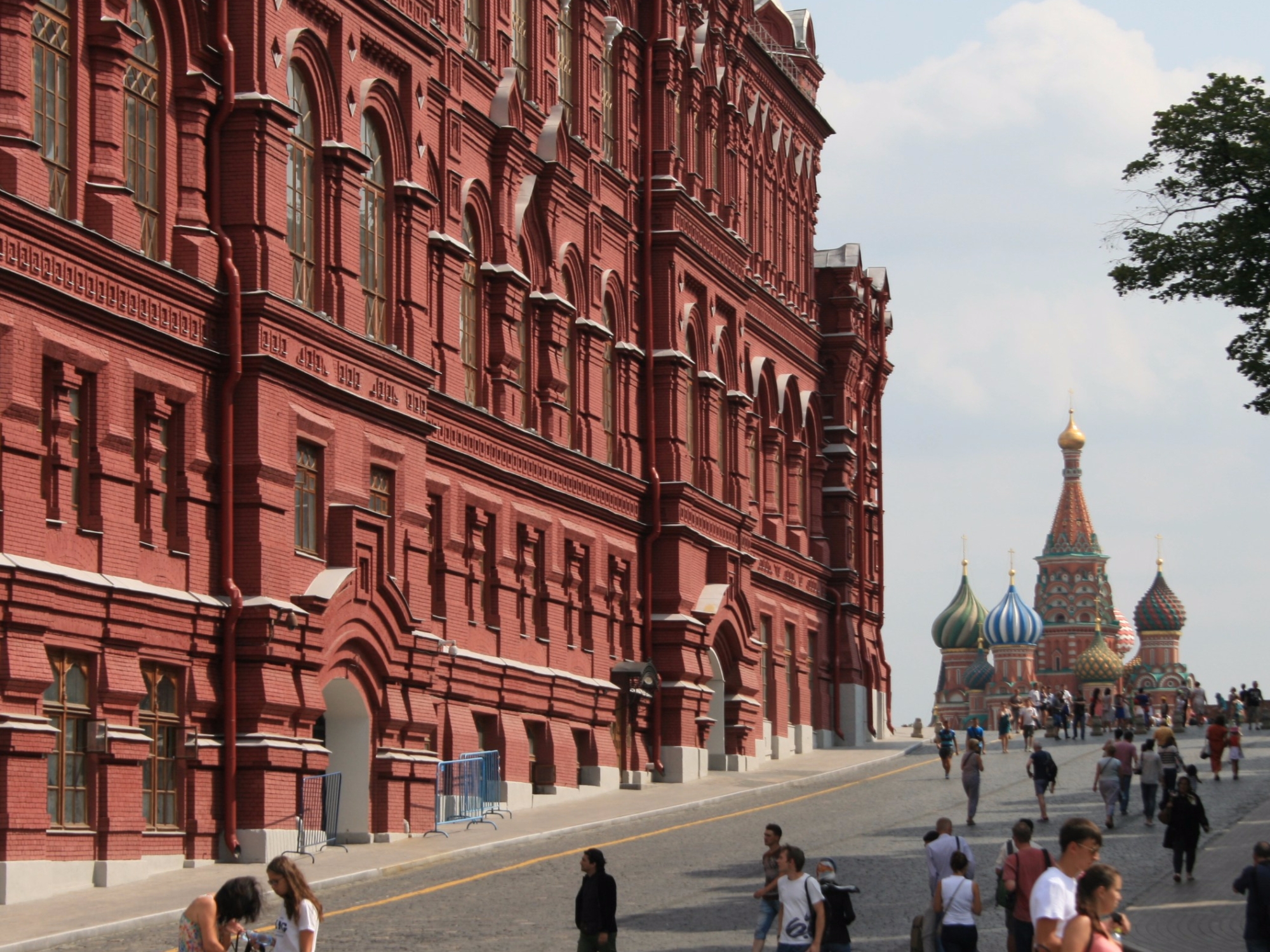 Sometimes the way to our travel destination can give us the gift of visiting places that had been in our wish list for a long time. That’s what happened when we travelled to Tokyo via Moscow. When we booked our Aeroflot flights I was so happy since I finally had the chance to visit the capital of Russia, the heart of one of the most powerful countries in the world and the home to many historical events. In particular, we were going to spend some day hours in the city during our travel to Tokyo and a night there when going back to Barcelona. So we made all the paperwork to get our visas and waited for the day when we were to land in Russia for the first time.

We arrived at the Sheremetyevo airport late in the afternoon and we moved to our hotel in the airport area to rest and prepare for our visit to Moscow city centre the next day. We got up, had some breakfast and headed to Teatral’naya station. From there we entered the Red Square by crossing the Resurrection Gate. I was so excited! And, lastly, right in front of us we found Saint Basil’s Cathedral, constructed in the XVI century, which is the main building in the square. An enormous cake full of colours that make it so different from the kind of temples that we are used to visit. It is not a conventional cathedral from the European standpoint. It is a masterpiece formed by side churches placed around a central church, the tenth one, called of Intercession. If you get lost inside the cathedral you will fall in love with its amazing decoration.

On that moment I remembered my visit to the Saint Nicholas Cathedral of Nice, some years before, when I discovered the charm of the orthodox temples. But prior to our visit to the inside of Saint Basil’s Cathedral, we bought our tickets to enter the Kremlin, a symbol of Russia and one of the greatest architectural complexes in the world. The Cathedral Square is one of those places where you cannot stop taking photos to all directions. I hadn’t expected so much art concentrated in that small area. 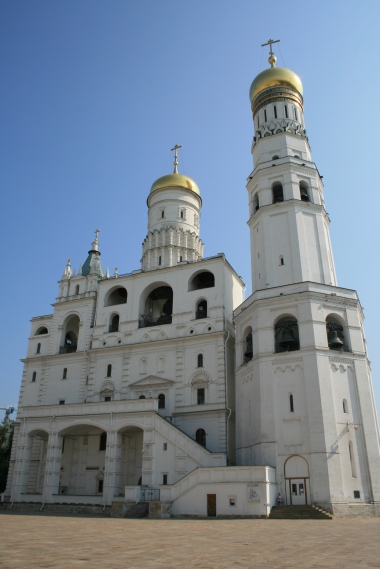 Laura in front of the Cathedral of the Assumption

The Cathedral Square is since the XIV century the heart of the Moscow Kremlin, where all the streets were said to converge. In fact, three cathedrals are placed in the square: the Cathedral of the Assumption, the Cathedral of the Archangel and the Cathedral of the Annunciation. The Palace of Facets, the Church of the Deposition of the Robe and the Church of Twelve Apostles can also be found there. But Ivan the Great Bell-Tower is the tallest building, aimed to serve as a belfry to the three cathedrals which do not have their own. And in Moscow everything seems to be huge: when walking around the Kremlin you will see the Tsar Cannon, created in 1586, which is the largest bombard by caliber in the world, and also the biggest bell in the world, the Tsar Bell, dated 1733-1735. Unfortunately the bell broke during a fire on 1836 and nowadays can be found next to Ivan the Great Bell-Tower.

Fascinated by the greatness of the Red Square and the Kremlin, we still had time to see another beautiful orthodox temple. We walked towards the Moskva river where we found the Cathedral of Christ the Saviour, which was rebuilt at the end of the XX century after having suffered demolition after the Russian Revolution, on the order of the Soviet leader Joseph Stalin. The truth is that we didn’t know it when we were in the bridge contemplating the masterpiece, but afterwards we’ve read that it is the tallest orthodox church in the world (103 m). From the bridge we had a nice view to the Kremlin complex.

On our way from Tokyo to Barcelona we spend a night in the centre of Moscow. We arrived to the city (for a second time!) late in the afternoon, with no time for visiting tourist attractions, but we could enjoy the night views of the Red Square and its surroundings. We hope to return to Russia soon to enjoy the country in a quiet manner. Who knows… Trans-Siberian is always on our mind.

43 thoughts on “Why Moscow deserves a stopover”