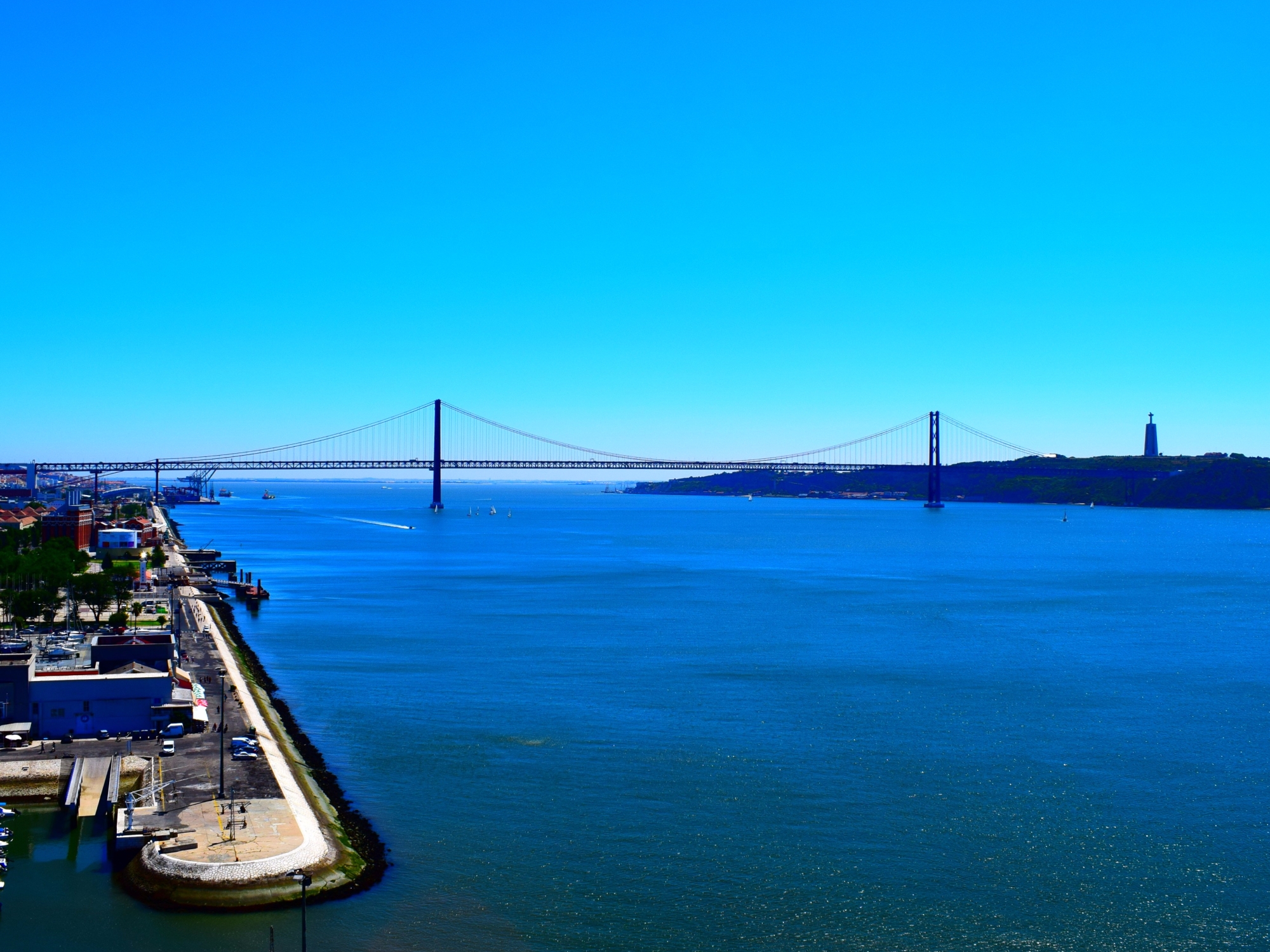 The geography of Lisbon has turned it into a city full of hills that are overcome by means of the funiculars, which are an essential part to Lisbon’s mobility. This particular geography, together with certain amazing monuments, brings to visitors lots of opportunities to enjoy great views of the city and to take nice pictures anywhere. We reached Lisbon by car last summer after a short visit to the Alentejo region and we definitely fell in love with that colourful and vibrant city that we could observe from many viewpoints. Those are, in our oppinion, the best places to see Lisbon on your feet.

Inaugurated in 1960, the Monument of the Discoveries is located in the northern bank of the Tagus River estuary, from where ships used to depart to explore and trade with India and Orient. The monument recalls the Portuguese Age of Discovery (XV and XVI centuries). If you visit the Belém quarter don’t forget to climb up to the top of this monument to have amazing views of the compass rose and mapa mundi (a gift from the South African government) at its feet and the Jerónimos Monastery in the background.

Already considered a World Heritage monument (along with the Jerónimos Monastery), this tower was built in the early XVI century to serve as a defence system and has become a symbol of the city.  With certain Islamic and Oriental influences in its architecture,  the tower has an incredible beauty outside and inside. Despite the hot weather (in summer!) and the long queues, don’t miss the Belém Tower to regard the river like an ancient sailor.

This is another symbol of Lisbon. Completed in 1902 and with a height of 45 metres, the Lift of Santa Justa is located at the end of Rua de Santa Justa and connects the Baixa quarter with Largo do Carmo (Carmo Square) to overcome the slope between those points. Made with wrought-iron, this lift is a real masterpiece that offers a viewing platform at its top where you can enjoy breathtaking views of the city and especially of the historic centre of Libon.

Another must-see in Lisbon. Built in a hill overlooking the centre of Lisbon, this is a Moorish castle from the XI century that has served for important military purposes since its construction. Nowadays the complex consists of the castle itself, the ruins of the former royal palace and part of the neighbourhood built for the elite, together with a large terraced square that serves as a viewpoint.

This stone, triumphal arch serves as a gateway to the beautiful Praça do Comércio when coming from the Rua Augusta. The Arch was constructed to commemorate Lisbon’s reconstruction after the 1755 earthquake but it was not completed until 1873, a century later. Their impressive columns support a viewpoint open to the public since 2013, from where you’ll have nice views of the lower part of the city.

And, finally, when the night arrives, let’s have some time for romance. This viewpoint, located in the Bairro Alto (literally, the “upper quarter”),  is a hotspot in the city’s Bohemian hub. A nice garden where you can relax while enjoying the amazing views of the city and especially the San Jorge Hill. Afterwards, you can find somewhere to have dinner in such a vibrant quarter.

19 thoughts on “The best views of Lisbon”