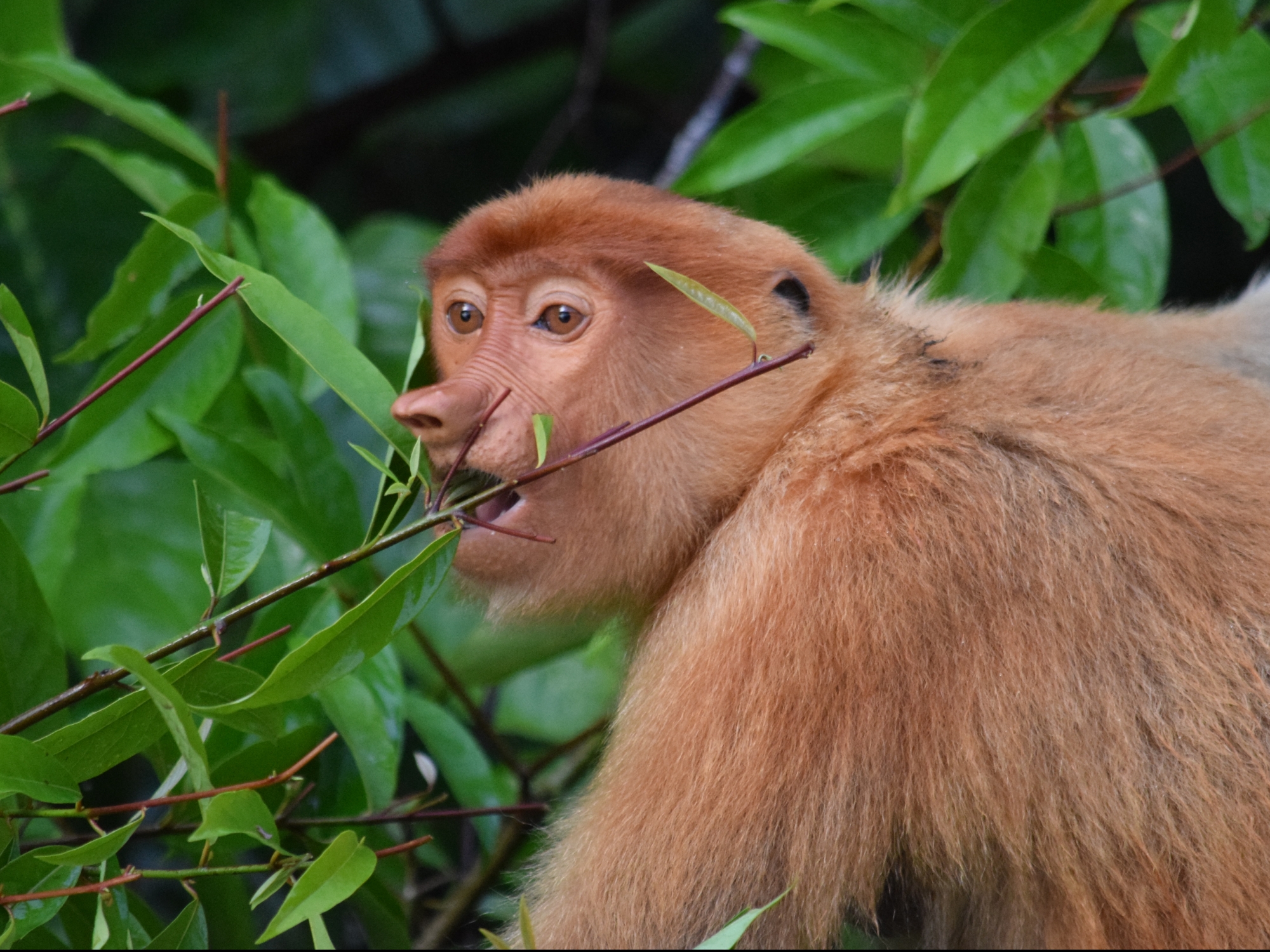 I remember the day we arrived at Sukau Rainforest Lodge as one of the best of our trip to Borneo. We got up early in the morning in the small island of Selingan (Turtle Island), in the middle of the Sulu sea. Then, a boat took us back to Sandakan and we changed into a bus to reach the Sepilok Orangutan Rehabilitation Centre. After lunch, another boat picked us up again in Sandakan jetty. That boat went up the Kinabatangan river for more than 2 hours.

The Kinabatangan river offers one of the most wonderful landscapes in Borneo. This river is home to a great amount of wildlife. A sacred oasis that fortunatelly survives among palm oil plantations. And surrounded by all this nature, there is the Sukau Rainforest Lodge, which is considered by National Geographic as one of the Unique Lodges in the World. In fact, this lodge is well kwown because it has access to the richest wildlife in South East Asia.

Of course, our expectations on the lodge were very high, but we can assure that it did not disappoint us at all. Staying at Sukau Rainforest Lodge is an experience that we will always remember.

When we arrived at the lodge, the staff offered us a refreshment and gave us some basic instructions on the complex, the meals and so on. However, we did not have much time to rest. Other rangers had spotted some pygmy elepants in the river bank, so our guide asked us to quickly return at the jetty. And that is what we did.

But the elephants were really hard to find. We sailed through the river and many of its streams. Anyone who has been in a safari knows how exciting it can be. Finally, our guide stopped the boat in the river bank. It seemed that the elephants were near us. And it was right, they were in the bank, hidden behind the grass. Fortunately, we had a good pair of binoculars 🙂

We continued our journey for some minutes and stopped again in the river bank. That time we all went out of the boat and walked for some metres. We were astonished by what we saw. The pygmy elephants were there, right in front of us. We took our camera (and zoom lens) to inmortalize that moment.

It is worth to say that the Bornean pygmy elephant is quite special. It is the smallest in size among the Asian subspecies. The reason is that 300,000 years ago they were isolated from the elephants in mainland Asia and Sumatra. I really think we are lucky to have seen with our own eyes the smallest elephants in the world. While Bornean elephant is not easy to see, we spotted lots of proboscis monkeys in Kinabatangan.

Let’s stop looking at the trees and raise our eyes. The presence of Bornean hornbills is said to mean that the habitat is healthy. You will notice when they fly over the rainforest because of the sound of their wings. Moreover, two female orangutan and one child live in the lodge area, just over the villas where we stayed. They are not fed by the lodge staff, so they are totally wild. In fact, the lodge offers a divulgative speech about the orangutans, their features and their need for protection.

It would be difficult to describe in sole post all the wildlife we spotted in this area, and in Borneo in general. But the truth is that Sukau Rainforest Lodge is a fabulous “base camp” thanks to the cruises they offer throughout the day – from early morning cruises to night cruises if requested. We also had time to relax in the swimming pool and to enjoy a romantic dinner. Dídac told the staff it was our honeymoon so they prepared a special table for us. 🙂