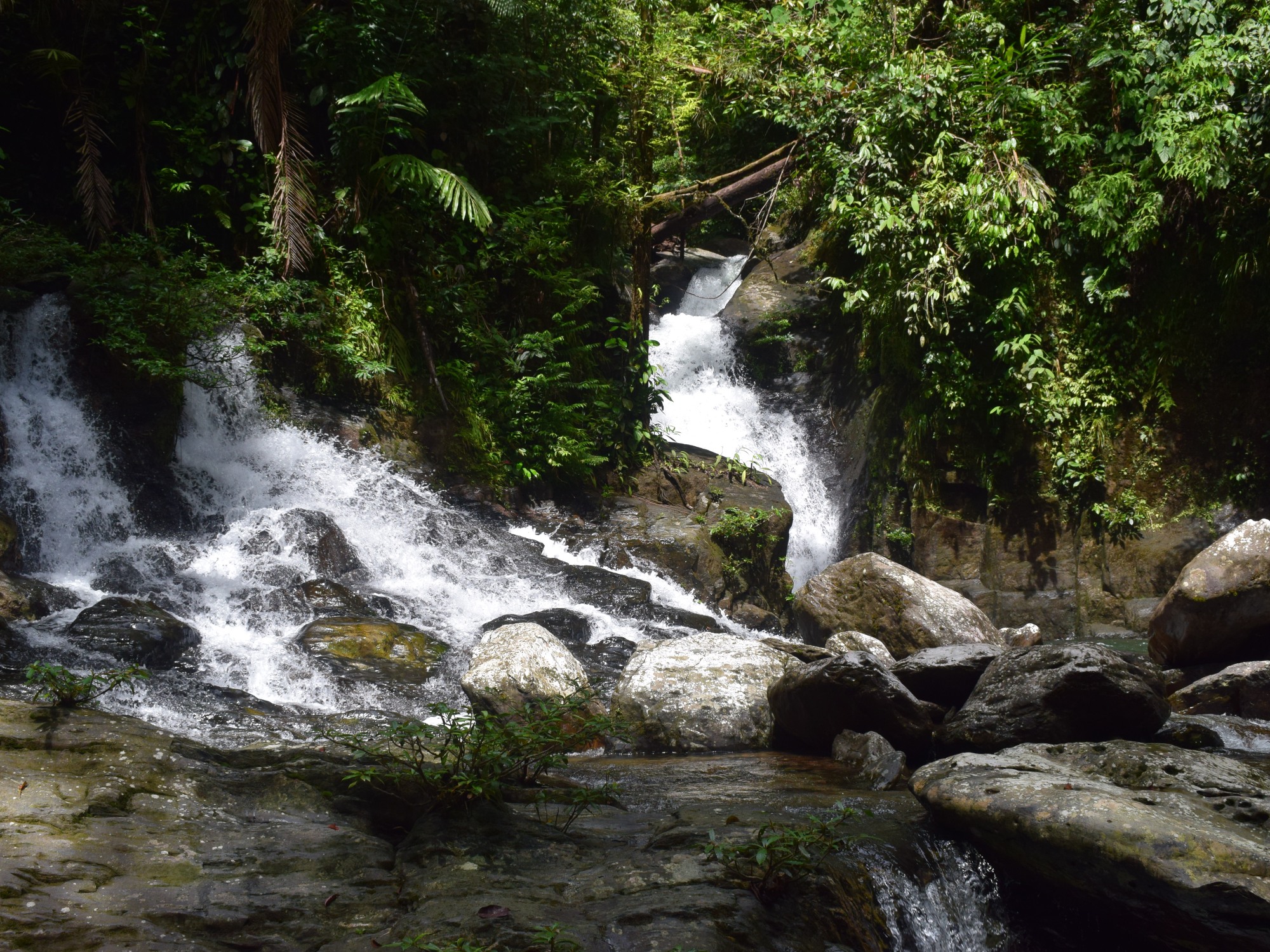 Some months before our honeymoon, the National Geographic published one article that some of our friends and family members shared with us. The title of this article was “Step inside this massive cave labyrinth hidden under Borneo” and the first words describe how this place on Earth may look like:

Beneath the island’s rainforest, explorers search for new discoveries deep within some of the Earth’s largest, longest, and wildest caves.

Continue reading to know more about the Earth’s largest, longest and wildest caves beneath the Borneo’s rainforest.

When we read the National Geographic article we had already booked 4 nights, 5 days in Mulu. We already read a lot and planned all our activities there, but definetely it allowed our friends and family to understand how unique and incredible Mulu could be. As we already explained in the post about day 1 in Mulu it was not easy and fast to reach this remote place in the jungle of Borneo.

We got up early in the morning and met our guide in front of the post office of the park. Then we started a 1h hike through the jungle before we reached the huge entrance of the Deer Cave. There is a small amphitheatre made of wood and a small shop where people usually waits for the bat exodus. But that happens in the evening. So we directly went beneath the Earth through the mouth of the Deer Cave, 146 metres high.

The Deer Cave was first mapped by the Royal Geographical Society in 1978. In that expedition, leaded by Robin Hanbury-Tenison, the Garden of Eden was officialy discovered by the Humankind. 41 years later only, Laura and I walked through the Eden jungle and bathed under the waterfalls surrounded by wildlife that lives only in this place and is not afraid of the humans.

In order to reach the Garden of Eden we had to do exactly the same as Robin and his expedition did 41 years ago. The Eden is a closed valley only accessible from beneath the Earth. One of the entrances of the Deer Cave is in the Garden of Eden, so it is needed to walk for 1 Km on mountains of bat guano, getting dirty and watching giant millipede in a almost 200 m high and 150 m wide massive cave. The Deer Cave is considered the biggest cave passage in the world.

The second expedition to the Deer Cave was in 2009, just 11 years ago! This expedition, made by the Hoffman Institute at Western Kentucky University, revealed that the Deer Cave is 4.1 km long and it is connected with the Lang Cave.

When we were inside we could no see the ceiling of the cave, it was dark and super far from us. A big skyscrapper could fit in it, so imagine the feeling of being so small in such a hole in the Earth. At the same time, there was some strange noise coming from the top, and using a powerful lantern from the guide, we could spot the biggest bat colony of the world.

Millions of bats remained together at the top of the cave, making some noice and flying from time to time. Most of them were sleeping. Then, after climbing a mountain inside the cave we went down again till we found a river. We had to cross it many times, from right to left, from left to right in a complete darkness. We were already wet from the feet till our heads. There are also natural showers falling from the ceiling at 170 metres. When that water hits your head it hurts a little bit.

Then, after climbing some rocks with the help of ropes we reached a plateau, the last stage before getting into the Garden of Eden. However, to reach it we had to swim crosscurrent for some metres in a really cold water. Once our feet touched the floor again we knew it, we already were in the Eden.

We walked almost one hour through the Garden of Eden, crossing rivers and climbing some hills till we reached the waterfalls where we could relax, swim, have lunch… And then, after some time back again. We wanted to be back at the amphitheatre at 5pm to see millions of bats leaving the cave. There is only one way to reach the Eden and only one way to leave it.

Once back in the amphitheatre we were so wet that we took out our clothes and let them dry under the sun while waiting for the bat exodus. Laura fell asleep with the sounds of the jungle and I kept watching for the first signal of bat wings moving on the air. We were waiting for almost one hour till, suddenly, millions of bats started leaving their home for a night fest in the Mulu rainforest.

When millions of bats fly at the same time they create curious twisted patterns in the air. This kind of dance lasted for 45 minutes and our cameras and eyes couldn’t stop watching to the sky.

Like Wade Davis wrote once, this expedition is like “Finding Eden, an elegy and a testimony of the folly of greed”, a complete journey into the heart of Borneo.

If you want to see the bat exodus moving, check our video resume of our Garden of Eden expedition:

One thought on “Day 2 in Mulu: The Garden of Eden & The Bat Exodus”